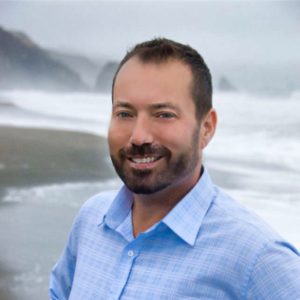 Bill is a native of Michigan and moved to the bay area in 2003.
Starting out as a competitive dancer he appeared on the nationally televised 1996 American Dance Championships, where his team was crowned national champions.
He attended Oakland University, and Wayne State University both on dance scholarships. He has performed with the Oakland Dance Theatre, Bob McGrath of Sesame Street, the television show Club Connect, TV Promo’s for Five Great Reasons on Fuse and for Dawn Dish Soap.
He has choreographed numbers for The Children’s Miracle Network, Jerry Lewis Telethon, Variety Clubs International Convention in Palm Springs, The Reel Awards at The Henry Fonda Theatre in Hollywood, For the San Jose Saber Kittens and Numerous NBA half time shows.

As a teacher Bill’s students have performed on Star Search with Arsenio Hall, So You Think You Can Dance, Dancing With The Stars, Mariah Carey’s “The Keys Of Christmas” the movie “Pixel Perfect” by Disney, High School Musical 3, Re-occurring   roles on The Young and The Restless, Rent and Wicked on Broadway, and Touring casts of Fosse, Movin’ Out, Wicked and Cats.

Bill has been teaching dance for 21 years and his students have won numerous high score and top awards at competitions all over the United States, most recently the 2015 Industry Dance Awards Winner for Jazz.

As a competitive dancer Brian was a member of the 1996 and 1998 National Champions at the American Dance Championships in Myrtle Beach.
He then started his career at the prestigious Performing Arts Center in Los Angeles on scholarship under the direction of Joe Malone.

He has appeared on the television show “3rd Rock From the Sun.” He has danced at the American Choreography Awards, The Nutcracker in Los Angeles, worked on the movie “These Old Broads” with Debbie Reynolds, Joan Collins, Shirley McClain, and Elizabeth Taylor, Royal Caribbean Cruise Lines, The set of “Alley McBeal”
and Tremaine Dance Conventions. Brian has been teaching for fifteen years, specializing in Lyrical and Contemporary. His students have won national recognition and numerous awards from competitions all over the country.