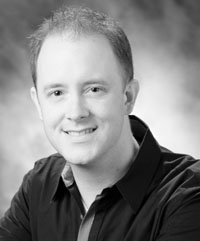 As a competitive dancer Brian was a member of the 1996 and 1998 National Champions at the American Dance Championships in Myrtle Beach. He then started his career at the prestigious Performing Arts Center in Los Angeles on scholarship under the direction of Joe Malone. He has appeared on the television show “3rd Rock From the Sun.” He has danced at the American Choreography Awards, The Nutcracker in Los Angeles, worked on the movie “These Old Broads” with Debbie Reynolds, Joan Collins, Shirley McClain, and Elizabeth Taylor, Royal Caribbean Cruise Lines, The set of “Alley McBeal” and Tremaine Dance Conventions. Brian has been teaching for fifteen years, specializing in Lyrical and Contemporary. His students have won national recognition and numerous awards from competitions all over the country.